Julia developed serious interest in figure skating back in 2001, being a first-year university student. In the attempt to understand this wonderful sport deeper, she had started practicing with a coach herself. Gradually she got acquainted with Ukrainian figure skating scene, athletes and coaches.

Getting more and more familiar with skaters, Julia realized that virtually nobody knows about Ukrainian figure skaters and their achievements, and it’s prohibitively hard even to find the information about competitions and athletes. Which meant it’s a good time to create a web site, dedicated to Ukrainian figure skating, where she could tell the world about this magical sport in an open and accessible form. Thus, ufskating.iatp.org.ua has been created in 2002.

Not having technical background, without any prior knowledge how to make websites or programming, Julia made her way to launch the site and started adding the valuable content. Enthusiasm and support from coaches and skaters ensured the growth of the site, and made it the only source of information about Ukrainian figure skating in those years. First forum has been launched as well, which connected figure skating fans, coaches and athletes.

In 2006 the website has been handed over into professional hands of Ivan Danyliuk, who moved the site to the new level, giving it a name skating.com.ua. And it was just a beginning.

Julie spent most of her career on Ukrainian TV. She started her path a journalist in the sport department, making everything possible to spread the word about Ukrainian figure skating and our athletes in the news.

She further made her professional path from journalist to a chief screenwriter and to the project leader in the TV media industry.

Julia is confident that given enough efforts anything is possible, and she strongly believe that the skating world will soon hear new Ukrainian figure skating names. 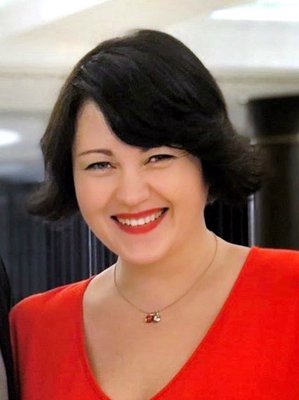