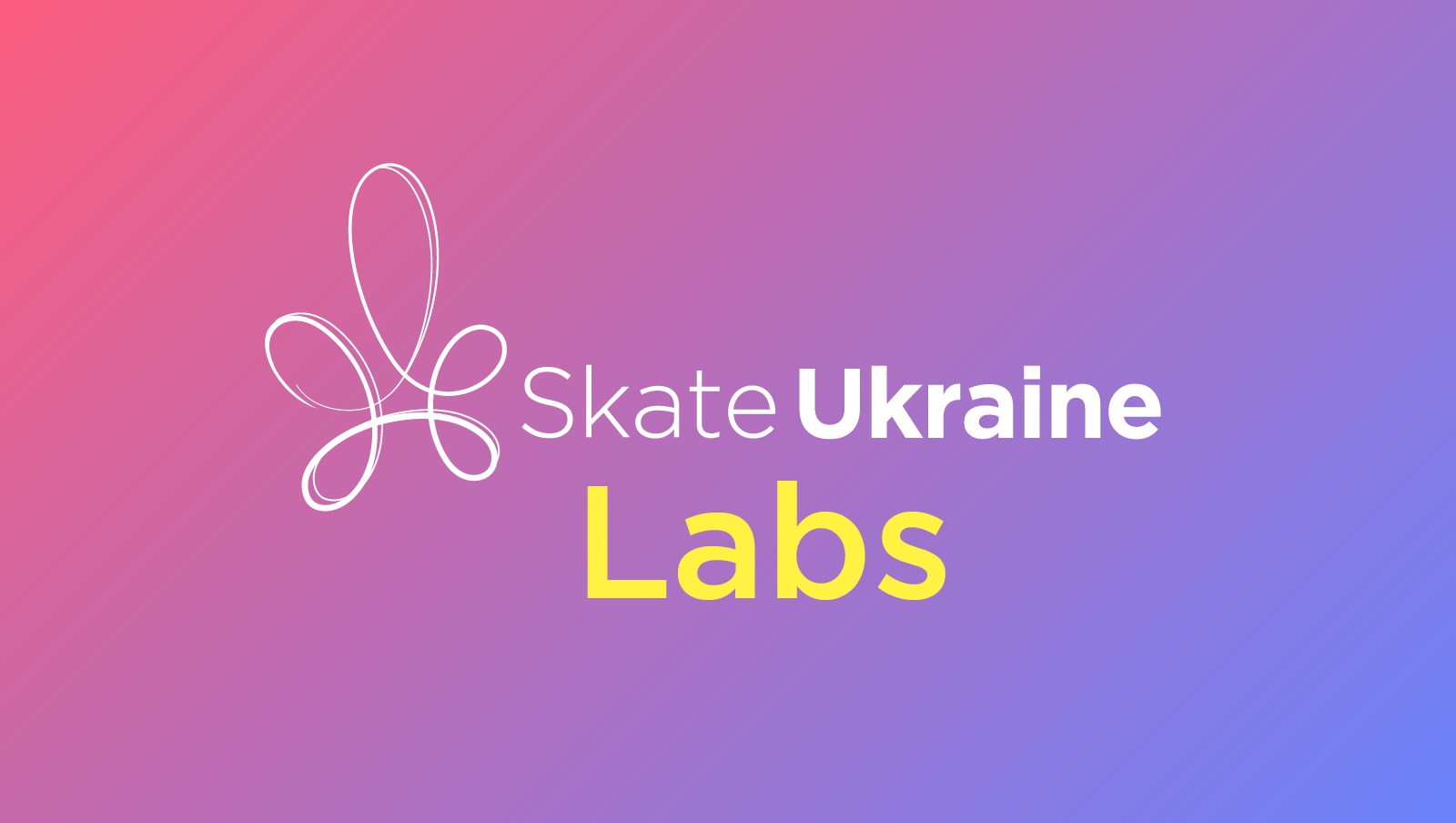 The concept of "labs" naming is familiar in the tech space, and used for teams and companies who's main focus are bold and ambitious experiments. Something that could possibly change the world, that requires bright minds and out-of-the-box thinking. And, obviously, takes a lot of time and finances.

Skate Ukraine Labs is aspiring to be a place for such activities. In figure skating, the space for innovation is insanely huge. So I want to briefly describe a couple of projects we've already started to work on. But, again, the main reason for this announcement is to let the world know about our projects and ideas, and give a chance for like-minded people to join us and help with their brains, or experience or fundraising or else.

The first project – without code name yet – it's the social/data-oriented figure skating website and mobile app. If you've seen the functionality of the Skate Ukraine website – skater's profiles, all results from all competitions with Ukrainian skaters, detalization of results to the level of elements and judges scores, wiki-style functionality for adding new content and ability to make any statistical analysis and charts – then just apply this logic to the worldwide figure skating. 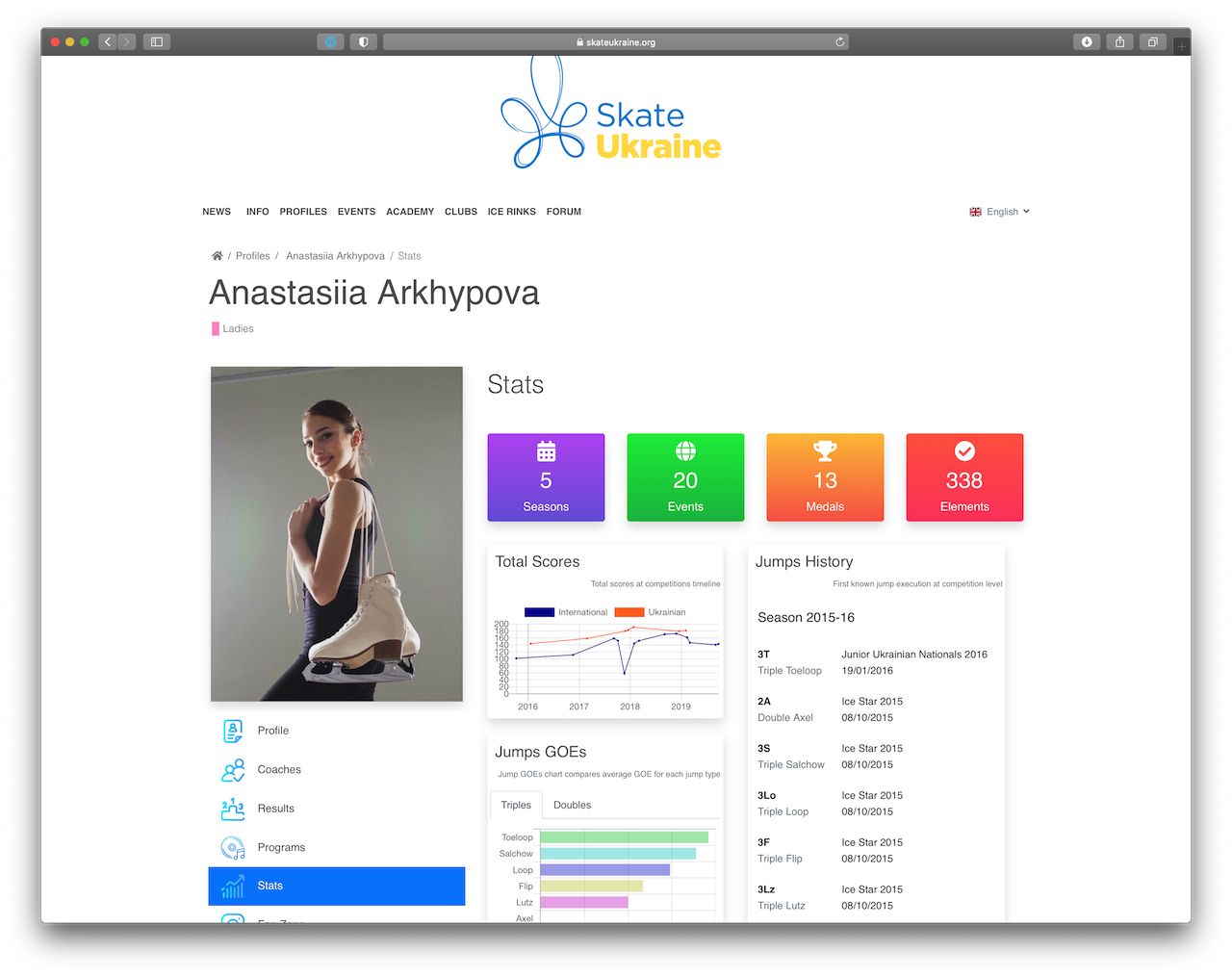 You've probably seen websites that try to gather results in one place, or scientific  research papers, where scientists gather their own datasets for months, or figure skating forums, where people manually build some predictions and analysis – well, we can do that already in milliseconds. And that's just a basic stuff. We can connect other data sources, analyze judging with statistical methods, explore how changes in the ISU rules affects performance and do many many other stuff.

But the most important is the social aspect of this project – anyone from the community can contribute to the data, which makes this not only fantastic place for figure skating data nerds, but an actual live map of what happens in figure skating world. And, again, it's just an experiment – maybe it'll pivot to something even more usable and interesting - plenty of possibilities here.

The second project – codenamed SkateAI – it's our attempt to move understanding of figure skating technique to another level. For that we plan to embed two chips with IMU sensors like that into the skates, which will allow us to receive positional data from them on the smartphone or computer at the rate of up to 4000 Hz. 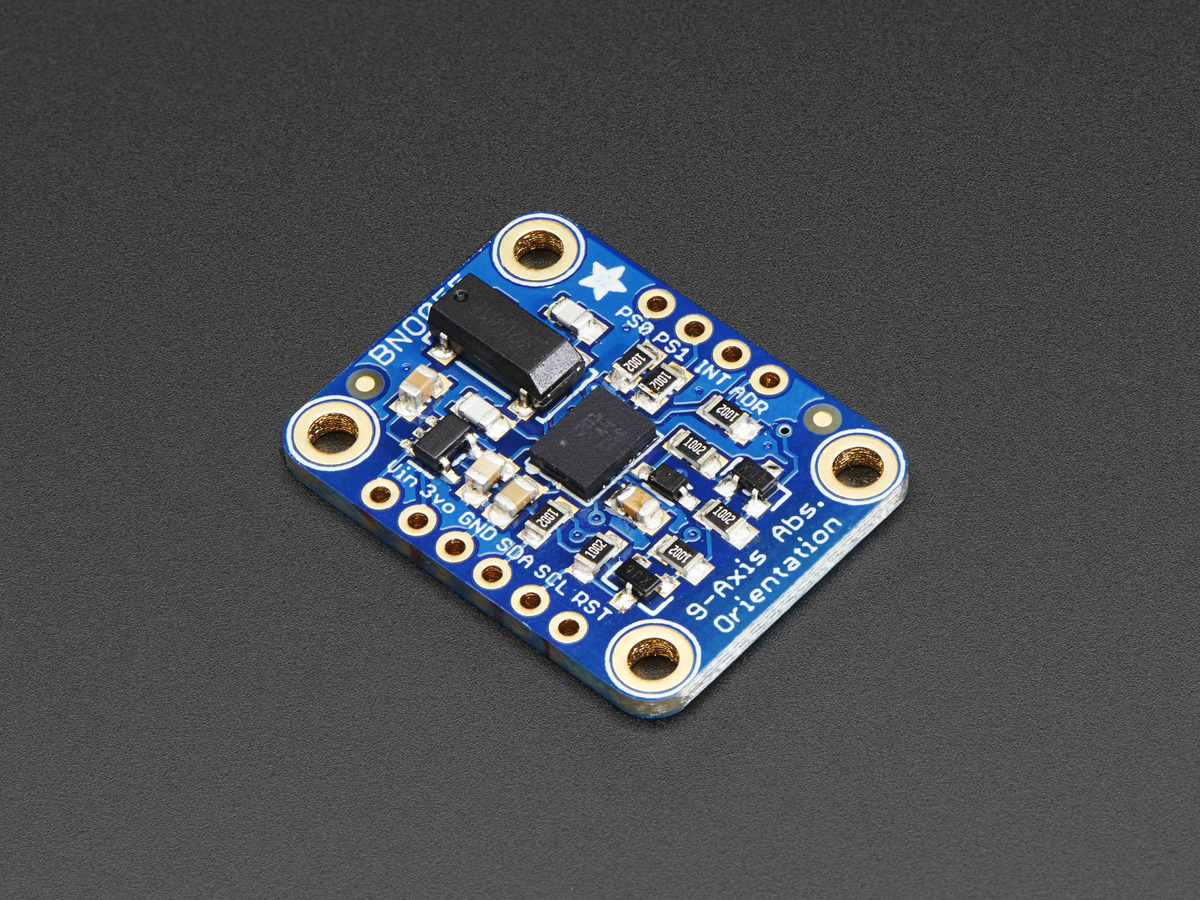 This data then will be processed by neural network, which is trained to recognize elements, underrotations, quality of performance etc. It also provides us with absolute values of things like ice coverage, jumps height, speed distribution, angle between ice and blade, linear and angular accelerations or knee angle during twizzles and so on – pretty much everything that you can imagine.

We've already done first tests in Italy before pandemics, and have first results, and even preliminary interest of some ice boots manufacturers in this technology. 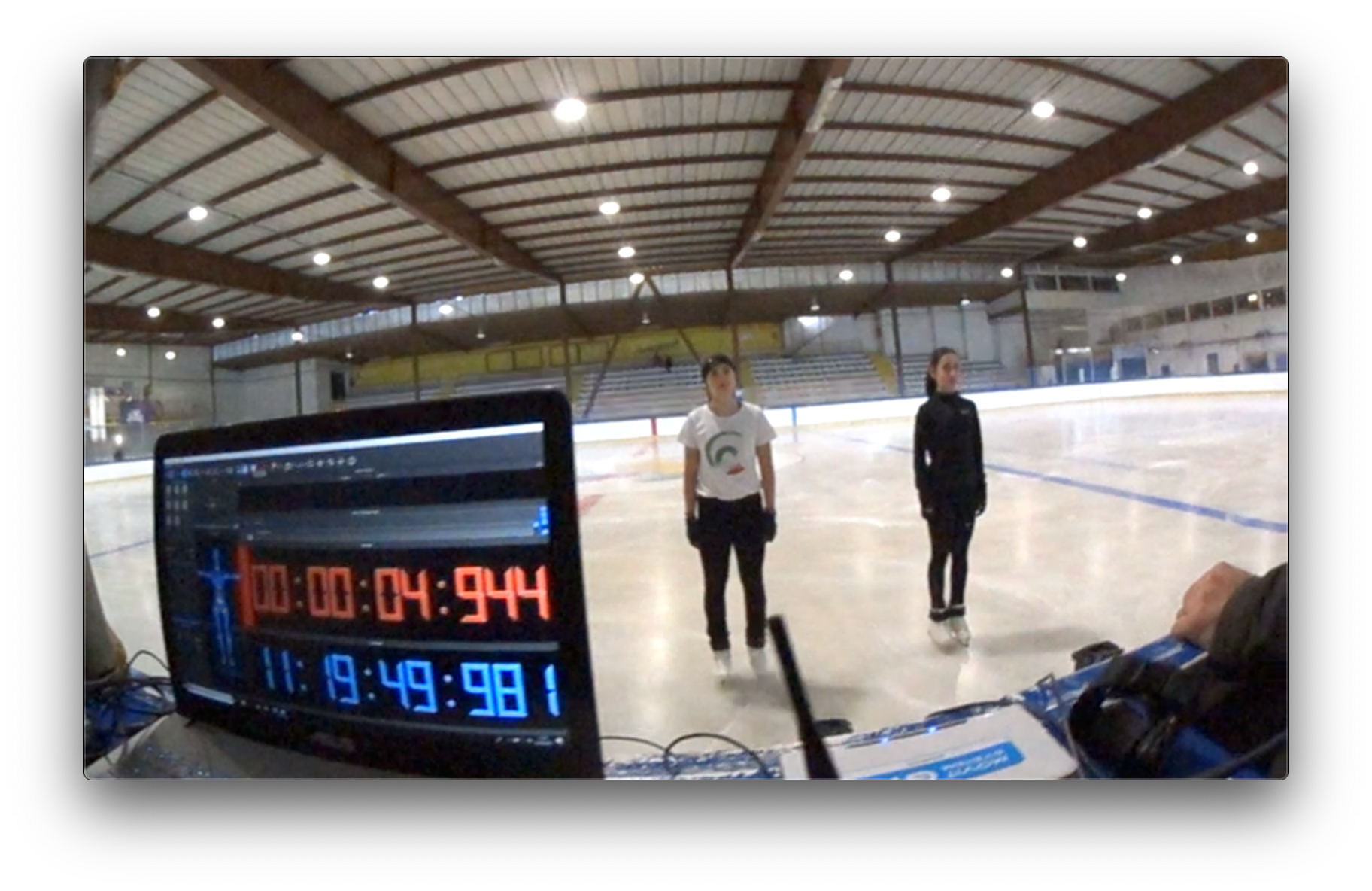 Most likely these chips will be embedded in the future skates in a factory, but we're also exploring possibility to make them attachable.

There is an insane amount of work needed to make it a reality. We need people who can work with tiny hardware, with signal processing, with neural networks, who can help with fundraising for such a niche market etc. But I guess this project worth a shot, as it has a chance to change figure skating drastically and for the best. And not only for better technique understanding, reducing injuries and improving coaching, but also for more objective judging. I can easily see this in the future as additional AI-powered support for judges – data from sensors, analyzed by computer, can provide humans with much better insight and help them focus more on the stuff that computer cannot do yet.

And the third project – also connected to the judging – it's basically an array of experiments with lowering the costs for judging system. As Ukraine currently slowly transitions toward club sports system, more and more clubs will emerge in the future and they'll want to organize competitions – internal or interclub. 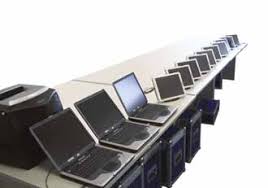 And they'll need a judging system, which consists from a bunch of computers, intercom and video-replay hardware and software.

One of the obvious solution here is, obviously, provide help and consulting for those who're willing to buy existing options. And we're obviously will be doing that in Skate Ukraine, especially taking in mind that the new upcoming judging system that ISU is currently testing is going to be less expensive and more friendly.

But, it's important to keep in mind, that technology is advancing at impressive rates, and something that wasn't possible or economically viable yesterday, can be a real thing today. Smartphone in your pocket today is likely to be more powerful than laptops, slow-mo video cameras becomes cheaper and more advanced, new WIFI standards allow for solutions impossible two years ago and so on. We want to be at the edge of these advancements.

We're probably will be working on our own Ukrainian judging software – something that will be compatible with traditional judging system, of course, but will work on any tablet or laptop, be more robust and user-friendly and integrate natively with mobile apps, website and so on. The end goal is to explore how cheap and reliable at the same time we can provide a complete modern figure skating judging system setup. 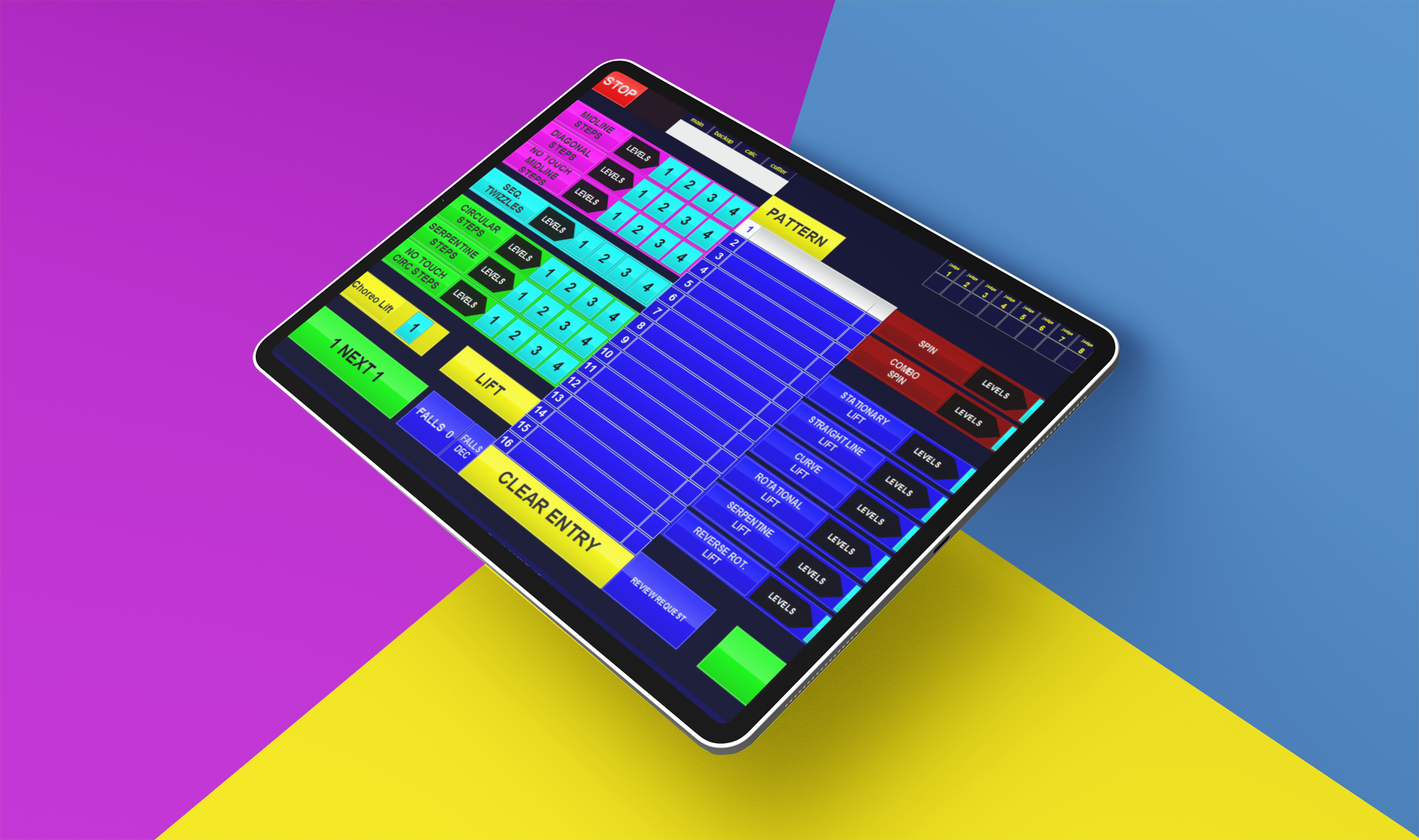 So, as you can see, those are pretty bold and ambitious projects. They have a chance to make a change not only in Ukrainian figure skating, but also worldwide. So if you're interested in this kind of projects, or have own ideas – feel free to contact and join us, and let's talk!

Skate Ukraine Labs is the place for bold ideas!

In the future, most likely, it will separate into own company, and some of those ideas will kickstart new commercial companies, and it'll be really great if Ukraine will be pioneering things in figure skating someday. Also, it's important to understand that experiment means it can fail. But that's the whole point of experimentation – accept a risk, give it a try and gain experience.