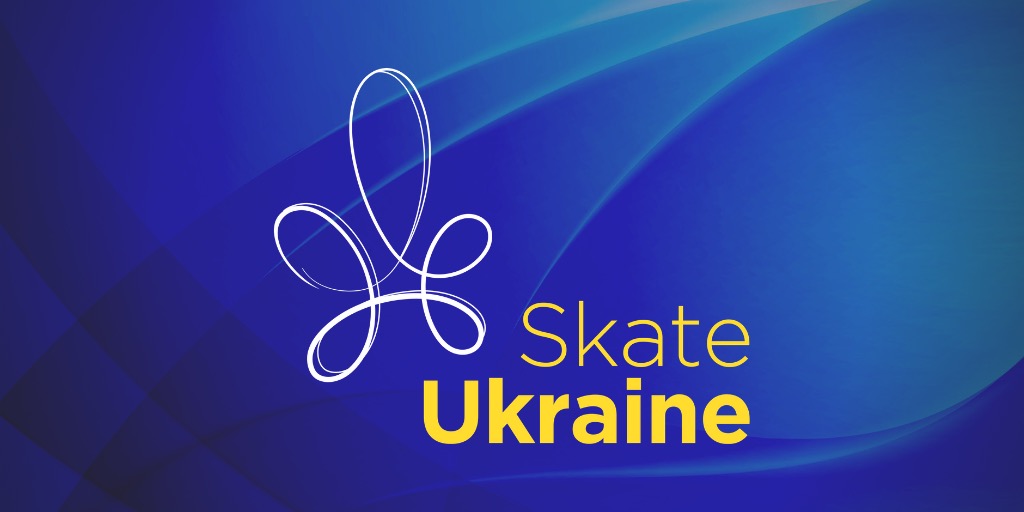 Video version of this announcement

There two parallel worlds exist in Ukrainian figure skating. In the first world we hear about our Olympic champions, we have an active federation, figure skating sports schools around the country, tons of medals and champions, scientific advances and works in a field, renowned coaches and specialists, international judges, etc. In a second – an unstoppable and dramatic decline of results, inability to even qualify to Worlds Championships, a hostile federation that destroys talented skaters and young coaches for decades, sports schools in a "state budget wrestling" discipline, plagiarists in a science, apathetic coaches, world record in judges disqualification and shockingly growing list of talented skaters who're leaving sports and Ukraine. Unfortunately, the first world is a fake one, invented for the public and ministry, but the second one – is real.

In this real world dwell real people – incredibly talented Ukrainian children, fallen in love with figure skating, new coaches, full of energy and desire to learn, kids' parents, who collectively sponsor Ukrainian figure skating in numbers that outperform the state budget on figure skating, our ex-athletes who have spent many years in other countries and want to apply their knowledge in Ukraine. Today they don't have a way to realize themselves in Ukraine. We don't have an organization that could unite them, give them a voice, hope, power, and mechanisms for implementing their initiatives in figure skating development in Ukraine.

That's why we're creating Skate Ukraine – the first truly public organization in Ukraine devoted to the development of figure skating.

To be precise, today isn't a Skate Ukraine's birthday, but coming of age day. Our community has been growing since 2006, but we were powerless, unconfident, and didn't know much what to do, while doing a lot together though! Today we're confident and we know exactly what to do. Skate Ukraine – it's the next logical step for our growth. A new phase, new challenges, and new responsibility.

There a few main strategic objectives we're going to focus on:

If you haven't read "What is a club system?" we highly recommend you to read it, as most questions are covered there. Clubs system is a democratic model of sports governance used in developed countries, which Ukraine should and will adopt in the near future. It gives people power to develop their sports in a way they think is right, rather than obeying obsolete Soviet rules and laws.

Clubs system gives not only the freedom to implement your ideas but also responsibility for your choices. It creates a healthy competition on all levels, which filters out ineffective passive state budget consumers and favors proactive and effective clubs and coaches. Plus, in a club model, your budget is not limited to the state and municipal money and infrastructure, but the state is helping more to the most effective clubs.

There is a lot of work yet to be done for the Ukrainian government to switch to a club-based governance system, but it's the question of time now.  Skate Ukraine has already started a fruitful collaboration with the Ministry of Youth and Sports, Ministry of Justice, and sports public organizations to push this reform forward.

But we need not only legislation reform, but also "reform" our mentality. Ukraine has never had a club system, and there are plenty of myths around it. We'll be debunking those myths and learn firsthand how the club system works in other countries. Together with our pioneers in this field, we'll be learning and teaching the fundamentals of creating, running, and managing your sports clubs in Ukrainian reality.

One of the most overlooked reasons of why Ukrainian figure skating is loosing so many talents, who could have become world champions, talented coaches, or simply happy people who love and help develop figure skating in Ukraine – it's a chronic normalization of all sorts of abuse, created by Soviet sports ideology.

Skate Ukraine will be scorching out these old obsolete views on sports, which tolerate and promote emotional and physical abuse, which makes it normal to scream, beat, bully, or insult kids. We'll be transforming the cult of "bullying coaching" into the cult of "qualified coaching". This abusive coaching is not just wrong from the moral perspective, it's also a direct cause of huge losses for the Ukrainian sports economy, which is losing thousands of talents and millions of dollars each year because of that.

The developed world is switching to a new, much more effective, and humane coaching techniques, where there is no need for abuse. Ukrainian children have the right to learn and master figure skating without the danger of growing up mentally, emotionally, and sexually traumatized.

A platform for knowledge sharing and ideas implementation

Another important objective for Skate Ukraine is creating a think tank and platform for ideas and knowledge sharing. This will be covering a broad range of other problems we have – from systemic medical disorders in skaters to chronic lack of ice rinks in Ukraine. A lot of our problems might be solved by establishing effective communication and trust between all members. Other class of problems requires coordinated help from professionals from other areas, and for that, again, there is a need for effective public communication and relations.

In Ukrainian figure skating, we have plenty of enthusiastic people with great ideas. We want to help make those ideas and dreams come true, through the quality communication, using resources of the community, and searching for like-minded people. Skate Ukraine – it's a platform for implementing your figure skating development projects.

How are we going to do?

Skate Ukraine it's an organization that aims at uniting people, not controlling them. We're here not to tell you what to do, but to listen to you and help you coordinate and help to solve your problems. You don't need to ask permission to do start doing great things.

This governance principle is known as meritocracy – whoever is suited best for some job, should do it, as opposed to the top-down hierarchy assignments. In meritocracy best ideas win, not the titles.

It's easier said than done, though. But we have to create and foster an environment, in which enthusiasm and initiatives are welcomed, not punished, in which ability to learn new skills is valued more than a diploma from a university, in which we're ready to fail fast and learn from our mistakes to become better. It'll be challenging but will pay off.

Skate Ukraine is born in the XXI century and is going to leverage the power of digital modern technologies as much as possible. Instead of copying old and ineffective processes from other organizations, we'll use modern digital tools and will develop our own software to make our life way easier. Everything that can be automated, should be automated and human factor removed.

To make effective decisions, we want to understand the state and economics of Ukrainian figure skating better than anyone. We want to monitor and analyze the changes and results of our actions, and for that, we need reliable data and statistics. Skate Ukraine already has state-of-the-art statistics on Ukrainian skaters, coaches, judges, results and performance, but it's just a beginning.

If you have read "What's wrong with Ukrainian Figure Skating Federation?", you know that problem is much bigger than just figure skating, and it's impossible to fix it fully by ourselves. Skate Ukraine has already started a collaboration with many organizations such as the Ministry of Youth and Sports, National Anti-Doping Center, and other organizations devoted to sports development in Ukraine.

First is that we reached a tipping point after 15 years of experience in Ukrainian figure skating. The trust we built with athletes, parents, and coaches, personal stories, and injustices we've heard over this time gave us not only broad familiarity with problems you have daily but also a fundamental understanding of the root cause of them.

Second is the emergence of the new generation of Ukrainians, who are free of old stereotypes and beliefs. We now see a rise of Ukrainian coaches and skaters, who are much more conscious, more informed, and familiar with sports in other countries. They saw other ways to train, different from the Soviet abusive centrally governed way. They now know that respect and cooperation always beat rumors and animosity. They aren't afraid of healthy competition, and passionate about learning and sharing their knowledge all the time. There is also a legion of Ukrainian coaches in other countries, who would love to have a chance to apply their experience in Ukraine. We see them and we know them, and we want to give them hope and a platform for the realization of their talents.

We're all have different stories of coming to Ukrainian figure skating, but we have many things in common – passionate love to figure skating, to Ukraine, a crystal clear vision of the better future, and uncompromising integrity. It's impossible to bribe us, we're not tolerating problems because "it's always has been this way", we are fiercely against any types of discrimination and we're ready for a long and hard battle for the better future.

Ivan Danyliuk, who in the last years was living in New York and Spain, is leaving his life in Barcelona and returning back to Ukraine to fully focus on the Skate Ukraine's mission.

We plan to grow organically and slowly – we value quality over quantity. Trust and mutual respect inside Skate Ukraine are unquestionable and we have a luxury not to rush with growth, and focus on uniting more proactive members of our Ukrainian figure skating family.

The website Skating.com.ua today officially renamed to SkateUkraine.org. Ending ".com.ua" has never been correct, anyways, as we never had ".com" (commercial) part in our activities. All accounts and links remain valid and redirection will be happening automatically.

We're already working on a few projects, which we're eager to present and announce soon, but we already know that we'll benefit from help in many areas:

Plus we're be building a network of Skate Ukraine volunteers around the country, but that'll be announced later.

Our main task at this point is to talk to as many people as we can possibly can. We want to hear your stories, learn about your day-to-day struggles and problems, what prevents you from doing your job effectively, how do you think it can be solved and how can you be helping others.

It's not important who are you, what title have or have not, if you live in Ukraine or abroad, just started to skate or finished your career decades ago, if you're deep inside skating or just a fan that cares – as soon as you share our values and mission, we want to hear you and we want to be useful to you.

Skate Ukraine is an organization about you and for you.