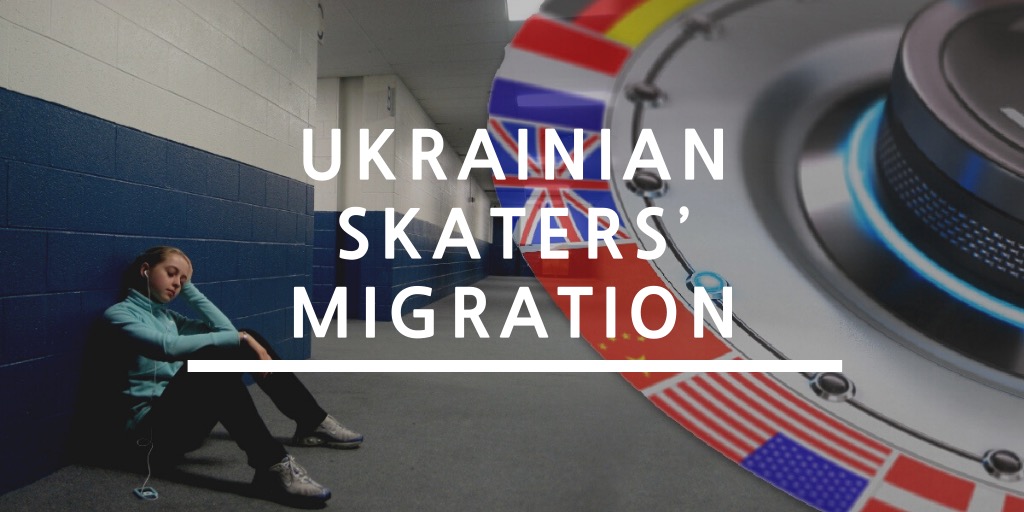 Ukrainian figure skaters are scattered across the world, representing other countries and winning medals for other federations. Sport migration is a normal part of the modern globalized sports world unless the rate of talents fleeing the country is alarming.

Till this day, this question was prohibitively hard to answer. There were no available statistics on how many Ukrainian figure skaters have switched to other countries, when they switched or why. Today we're changing that.

We've carefully collected and put together information from a variety of sources, and we want to give you an easy way to see and assess the numbers yourself.

76
skaters have left Ukraine
Among them 43 ice dance partners, 23 pair skaters, 5 men and 5 ladies.
After changing their sport nationality, they have won
41
medals at major competitions

To put this into perspective – since season 2006/07, skaters who stayed with the Ukrainian Federation have won only one:

It's tempting to look at the dynamics of Ukrainian figure skaters' migrations. Here is the chart:

We lack some data from the early 90s, but for the last 20 years, the trend line demonstrates the steady growth of a number of skaters fleeing Ukrainian Federation each year.

Some interesting observations regarding this graph – we clearly see spikes of migrations right after Olympic seasons, notably in 2010 and 2018. That's not true for the 2014 Olympic year, perhaps due to the start of Russo-Ukrainian War, which started right after the Olympic Games in Sochi.

As they say, there are lies, damn lies and statistics. Absolute numbers won't tell you much without putting them into a broader context. Are those numbers high or nominal? Let's compare the number of people leaving a country per year to the total number of participants in both National Championships and Junior National Championships (they've never hit the participation limit ceiling, so they are good indicators of the total number of skaters who were at least eligible to compete on a national level):

As you can see, almost 1 out of 10 talented Ukrainian figure skaters are fleeing the country each year, and this rate seems to be growing as well, as indicated by a trend line.

Losing 10% of talents each year is not nominal.

The most popular country for skaters to migrate to is the United States of America. No suprise for the largest economy in the world – it has always been a popular destination for migrants from all parts of the world. Israel ranks second, probably due to the strong personal relationships from the past, common roots and high percentage of Russian-speaking population there. Next place is taken by Russia – thanks to the geographical proximity, lack of a language barrier and a large number of ice rinks and coaches there.

Here is a full chart of the top 10 countries:

We are committed to give you the full picture – both the high-level overview with rigorous statistics and a zoomed-in view on the personal stories. Unlike other developed sports markets, where athletes routinely pursue more lucrative contracts in other nations, almost all figure skating migrations are tough and life-changing experiences.

It is usually a last resort after years and years of struggling to survive within a broken Ukrainian sports economy, emotional suffering, consistent abuse, never-ending injustice and often openly hostile actions from the very own Federation towards its skaters.

We want not only to show you the numbers, but also to tell you the personal stories of each and every one of our skaters who had to make this hard decision. Some stories are already well known to the public, but most of them are not, and we want to hear from you – how did you make this decision, why, what worked and what didn't. It's heartbreaking, but almost all stories we've already heard end with the same sentence, "I just wanted to skate for Ukraine and do my best for my country".

If you're the skater or a parent or a coach and want to tell your story, please contact us through any channel that works for you.

We are also collecting data on our coaches who have migrated to other countries. It'll take time to assemble, and it definitely deserves its own statistics page and articles.

The page with migration statistics, along with searchable list of skaters is available by this link. You can always find it in the menu – "Profiles → Transfers". The data on this page will be constantly improved and updated, and if you've spotted any mistakes or missing information, we'll appreciate if you drop us a line and help us improve this page. 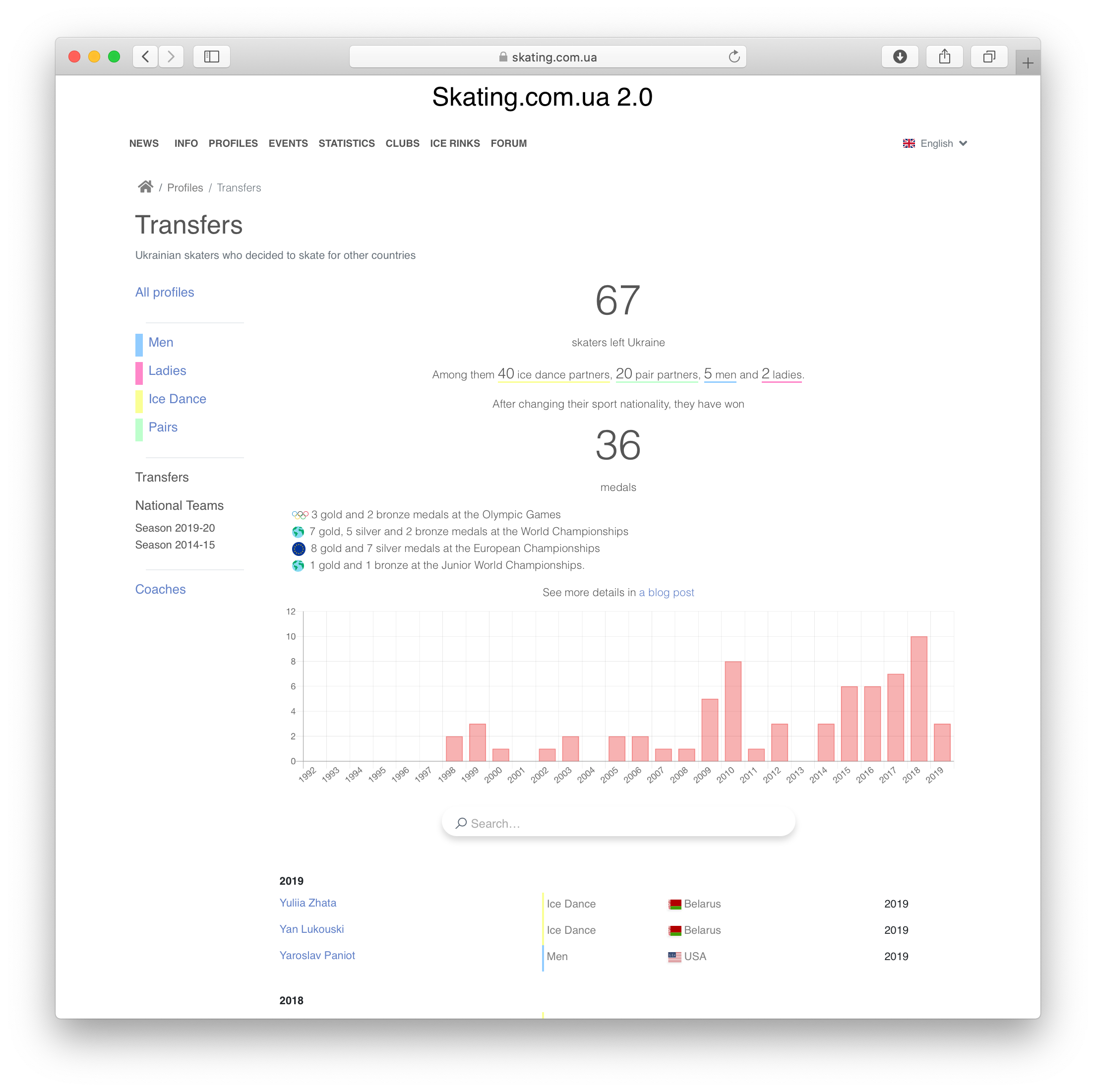 The numbers we presented today are sobering. We want to start a broader discussion on why this is happening at such alarming rates. While Ukrainian Federation is praising itself for "raising Olympic champions", the data shows the opposite. And it's not about medals – many skaters move to other countries just to be able to skate at all or just to be treated with respect by authorities. We can't ignore this problem anymore.

To solve any problem, we should understand it first. To understand it, we need data. Today we're making the first step to start tackling this huge and important problem for Ukrainian figure skating community and presenting you our data findings.

We hope you'll find this new statistics page on our website useful and eye-opening.